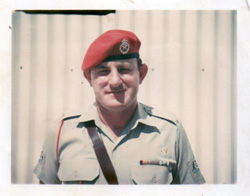 My father's cousin, 2480 Pte George Ernest WEILEY won the Military medal and Bar, during action on the Western Front in France, during WW1.

John HANLEY
My Grandfather John HANLEY and three of his brothers saw active service in France during WW1. One was KIA on the 8th of the 8th 1918. My wife lost two Great Uncles at Lone Pine in WWI.

One of Grandfather Hanley's brothers was awarded the MSM for service during WW1. Three of my Dad's brothers served in WW2 along with about 6 cousins. And, My Mum's brother Robert William Hanley was a POW in Singapore during WW2.

My eldest brother John, spent 34 years in the RAAF. He served overseas in Malaya (RAAF Butterworth, twice) and In Ubon Thailand.

I am a Vietnam Veteran, with a total of 26 years army service! Good Military families the Hanleys and Weileys.

I have written several poems regarding army/was service. One I call "From MY Tomb" regarding the unknown soldier. One I call "A Soldier My Uncle Bob" regarding Robert Hanley, a WW2 Veteran, who, back in the 1970's, pushed a wheel barrow around Australia. And, several regarding service in Vietnam.

I might ad that I was a Military Police Sergeant Investigator in Vietnam and, was the junior investigator involved in the double murder case which occurred on Christmas day 1970. I missed my Christmas dinner that year......The Army owes me one!!!!!!!! 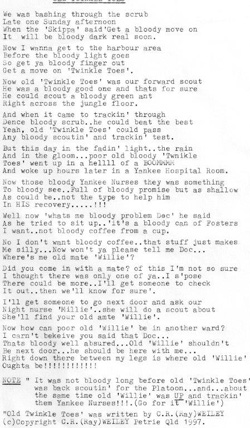 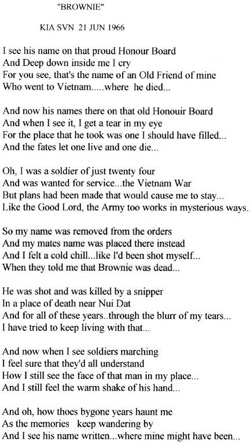 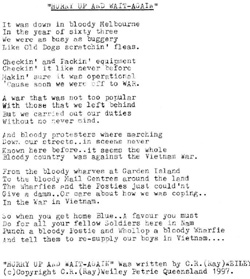 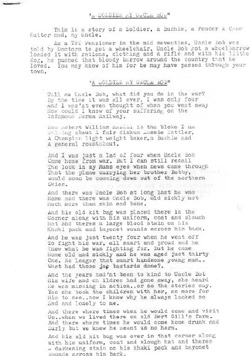 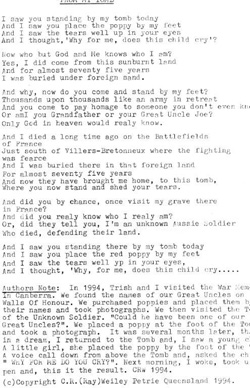 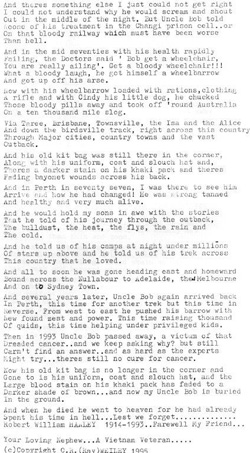 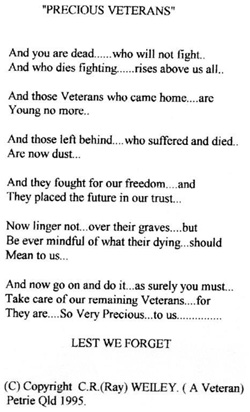 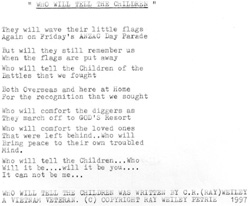 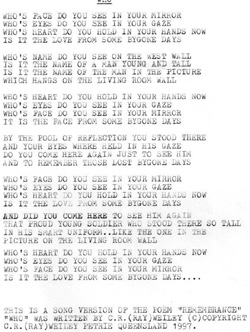