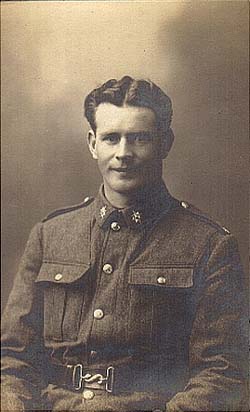 My first cousin once removed was born in 1893, Dunedin New Zealand. A great rugby player, he was selected at age 18 to play for the All Blacks in 1913. He only played one test match for them (against Australia, NZ won!) before WWI intervened.

He was killed in July 1917 on the French/Belgian border and is buried in the Bailleul Communal Cemetery Extension (Nord).

James Alexander Steenson Baird (nephew of my paternal grandmother) was born on December 17 1893 in Dunedin, New Zealand. His parents were James Blaikie Baird and Lucinda Charlotte Baird (nee Steenson). Tragically, his mother Lucy died (age 21) a week after giving birth to James, at her parents’ home in Dunedin, on 24 December 1893. His father James died in 1912.

James earned a living in Dunedin as a machinist, but rugby was his true profession – he played initially for local sides but was quickly selected for the Otago representative side in 1913. My “odd little hat” is his Otago Rugby Football Union representative cap (royal blue velvet, with gold tassels and trim, inscribed “ORFU 1913”).

He played only two matches for Otago before All Black selection. He was one of the first teenagers ever selected for the All Blacks at age 18, playing in only one test against Australia at Carisbrook in 1913 (NZ won 25-13). A hand injury and illness stopped him playing further with the All Blacks and he was then called to war and embarked for England in October 1916. More information on James can be found at www.nixonpictures.co.nz/All_Blacks_WWI_James_Baird.html

The photos below (clockwise from left): the rugby hat, tribute to James 'The All Black', grave details 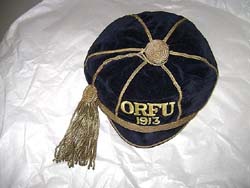 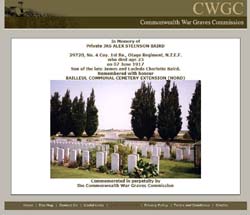